The hit television series Supernatural really started to pick up steam with season 2 and I was thrilled Inkworks decided to make another set of trading cards.  Like with season 1 I ordered the binder through my local comic book shop.  Instead of buying a hand collated set I wanted to try my luck w/ a sealed box since a auto or costume card was guaranteed in each box.

I really wish Topps and Panini would put out more binders for their sets like Inkworks used to do.  I know it's an added cost for the collector, but it makes the presentation of the set that much nicer. 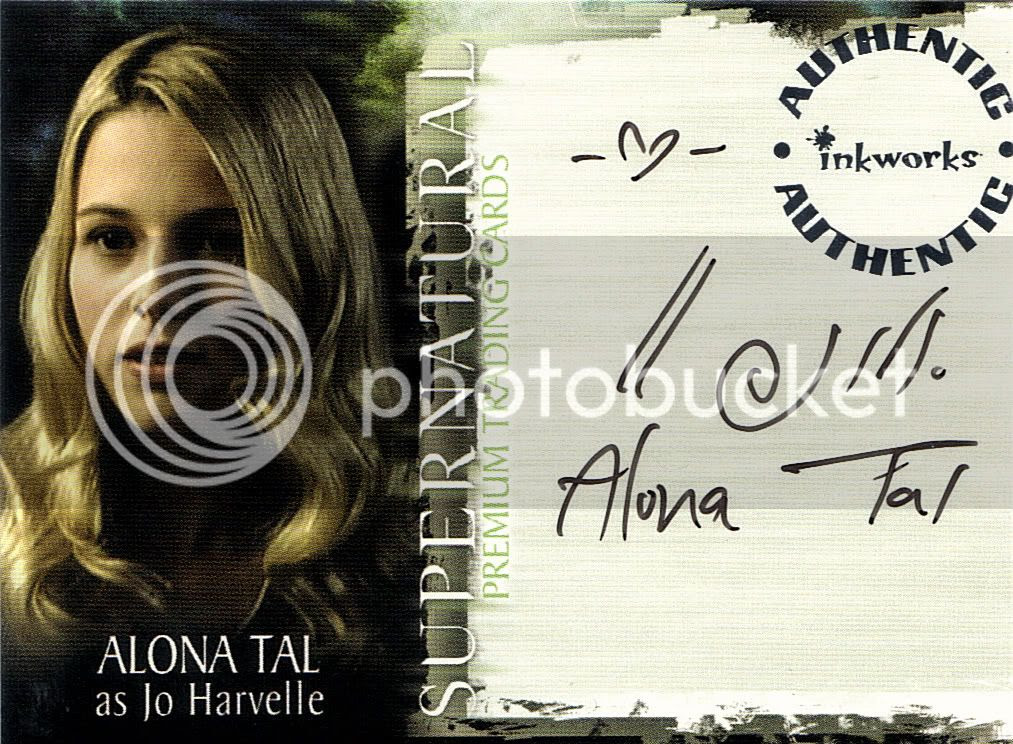 The nice thing about the autos were they all were on card!  My box yielded Alona Tal.  She played the daughter of a fellow "hunter" in the show.  I don't know what all the scribble is above her name, but I has happy w/ the card. 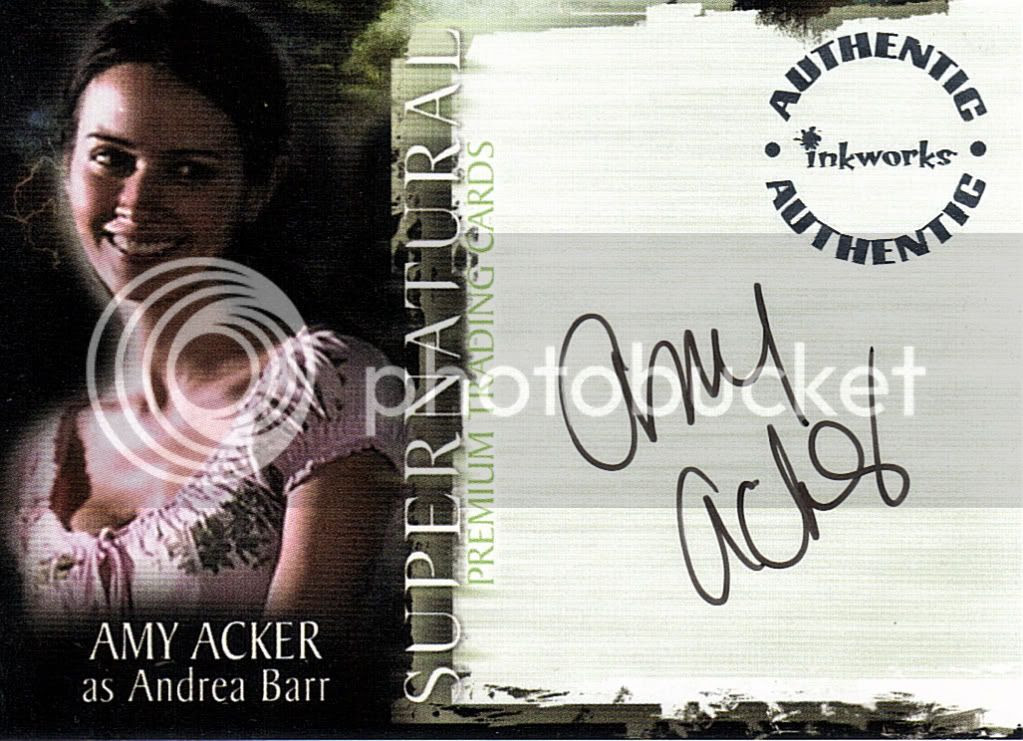 I didn't pull this Amy Acker card, but it was the one I was hoping for so I grabbed it off eBay.  Being a fan of Buffy and Angel I became a fan of hers so I was happy to see her guest star in an episode.  I didn't pay much for the card at the time, but a quick look on eBay now shows it's one of better selling autos from season 2.
at 11:48 AM No comments:


I made mention in the video that I wasn't going to remove the white protective film on the cards, but then I remembered that one of the 21 cards will be an insert - the Premium Series.  Now I don't know what those look like, but I know it's one of the following players:

That said I'm removing the film from these players just to make sure I can inform the proper team holder of their "winnings".

I'm also not going to scan any of these cards as they just don't scan well.  Frankly they look awesome in person, but crappy looking when scanned.  I know that some participants will be shut our here, but if you've ever participated in any of my previous breaks then you should know that I always try to toss in extra cards for those teams that don't get as many cards.  Now if your randomly assigned 2nd team doesn't get many cards then I'll do my best to toss in some extra cards for the team(s) you chose.  Make sense?

Now here is a run down of the order of Screenplay tins opened up.