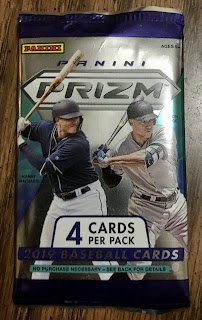 Does anyone else have a bad habit of sitting down and ripping your latest pack, then putting the cards back in said pack and sitting it off to the side, ultimately forgetting about it for a few months? Well that's what happened to this rack pack of 2019 Panini Prizm baseball! I wasn't sure if I was going to even both showing off the contents since I didn't get anything good, but I like watching people rip packs or at least seeing what they pull so here we go! 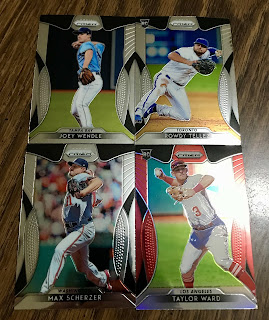 All of these cards (but for one or two) will be added to my trade stack over at TCDB if you're interested in trading.
at 8:33 PM 1 comment:

It's rare that I ever order anything offered in Topps' online store, but I did take a blind stab when they first offered their Topps Now Future packs back during the summer of the 2019 season. This pack was opened, then got lost in a stack as I was a little disappointed I didn't pull a Braves player. Fast forward to the night before the World Series where the Houston Astros face off against the Washington Gnats Nationals and all the sudden one of the cards pulled doesn't seem so bad. 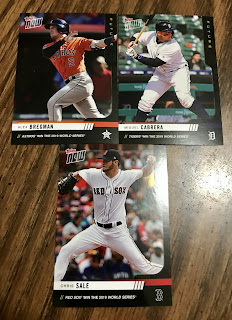 All 3 of the cards I pulled were the "if the ____ wins the World Series" type cards. I know there are payer award winner cards too as I bought a Freddie Freeman on eBay earlier this summer. Originally I didn't think much about these 3 cards...however tonight one stands out more than the others. 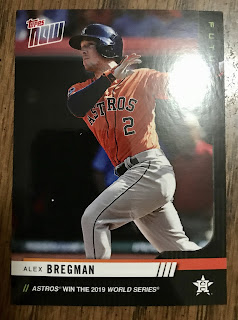 Already scratched his bad boy and redeemed the code earlier this evening. I was already pulling for the Astros because this Braves fan can't watch the rival Nationals win the World Series. Plus the Astros have some pretty cool (and short) players that are fun to watch!
at 9:06 PM 1 comment:

The Braves' post season dreams ended in dramatic fashion today. A few days ago many Braves fans, including myself, were feeling great about our chances in the NLDS against the St. Louis Cardinals. Well all of that fell apart tonight in a way I don't believe many people ever saw coming. 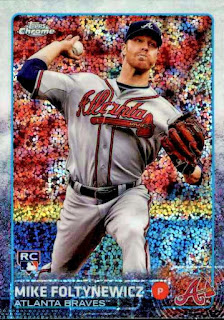 Game 5, winner takes all. The Braves rolled out Mike Foltynewciz, winner of game 2. I was nervous with Folty pitching on short rest...especially after the way Kuechel pitched in game 4. I was finishing up work and rushing home to catch the first pitch. While I sat at the stop light on the off exit ramp I saw a notification on my phone that the score was now 0-1. Then 0-2 before I got home. Ouch. As much as I love Folty, I knew this wasn't good. By the time I walked in my front door, only minutes after the game, the score was 0-4. I sat down hoping they could put out the fire, but it was just too much for Folty. Manager Brian Snitker pulled Folty after 2/3rd inning and brought in 17 game winner Max Fried. Max walked the pitcher with the bases loaded. By the time the Braves finally made 3 outs the score was 0-10. This set a MLB Playoffs record...unfortunately the Braves were on the other side of that.

Now fans are asking what happened? The expectations were high. Yeah there were some naysayers in the media that were picking the Cardinals, but most had picked the Braves to reach the NLCS. So what did happen? Or shall I ask what didn't happen? The Braves were 5 for 39 with runners in scoring position. That's what happened.

Braves should have won this series. They should have won game 4. They had so many chances to score and couldn't. The Cardinals consistently was able to get a runner on base and then advance them. They played A-B-C baseball. The Braves couldn't. It's as simple as that. 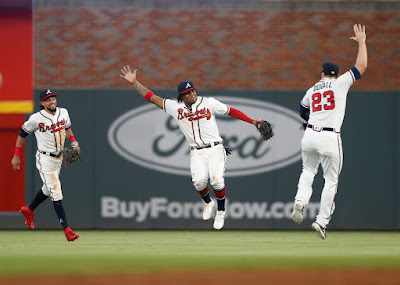 The Braves were heavily scrutinized in the national media all throughout this series. From questioning Brian Snitker's managerial decisions, to Acuna's lack of hustle, plenty of people had their opinions about why this team fell apart in the post season. While I am pissed over what has transpired today, I have to give the Cardinals credit. They played hard. They never gave up. A lot like the Braves all season, they kept fighting until the very end.

The Braves locked up the NL East early and after winning they took care of the SF Giants in the following two games. Then more injuries claimed even more players on the already banged up roster. Snitker was put in a tough position. He needed to rest players like Acuna and Freeman, all while trying to figure out who would be on the Post Season roster. He played around with the line up, moving people around on the field trying to figure out what to do. As a result, the Braves basically limped into the Playoffs. This immediately had me concerned.

The Cardinals on the other hand had to play their best baseball to stave off the Cubs and the Brewers, only to win the division on the last day of the regular season. They were hungry. They were already running on adrenaline. The Braves were running on Icy Hot. 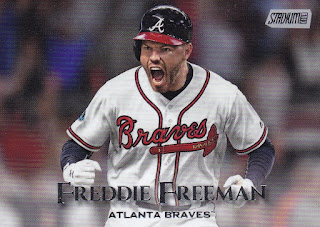 I don't care what Freddie says, his elbow was hurting him and effected his swing. I love Freddie. I love how he plays the game. I love how he puts this team on his shoulders night in and night out. In the post game interview tonight he squarely put the blame on him for not showing up. He was adamant that his elbow wasn't bothering him. Freddie isn't the type of guy to make excuses and I respect him for that. His lack of offense surely didn't help, but he wasn't the only one to "disappear". 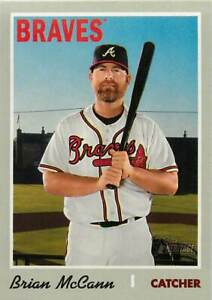 As I type this post I'm watching the post game show on Fox Sports South and Brian McCann just announced his retirement. Dang. We all knew it was coming. He signed a one year deal. This was his 15th MLB season. McCann may not have provided a lot of offense during this series, however he was invaluable behind the plate.

With McCann's departure it opens the question of who else will be parting ways during the off season? There were several players on one year deals this year. Names like Josh Donaldson, Nick Markakis and Dallas Kuechel. I expect the team to look different next year. I don't know if Liberty Media, owners of the Braves will open their wallet to re-sign some of these guys. Both Donaldson and Kuechel have gone on record saying they want to come back, but this remains to be seen.

As much as this stings and will take some time to get over, I think this team is going to be hanging around for awhile. There is still an awful lot of young talent in the pipeline that we'll be seeing. The young players on the team will only get better. They'll learn from this experience...everyone will. The Braves will be back in 2020. After all, literally no one in the media picked the Braves to even win the division.

This sucks. To go out like this, a 13-1 clubbing is not the ideal way to exit the season. It's going to take a lot of time for me to get over this...but I'm a Braves fan through and through. I'm proud of what this team was able to accomplish this year. With every team there will be peaks and valleys and today the Braves just happened to fall off the peak and into a deep valley.

All season long different players stepped up and provided some memorable moments for the team. This was the first season in quite a while where I didn't want to miss a regular season game. The team was just too exciting not to watch. All the young talent, both on the mound and in the dugout. The gnarly veterans that were brought in to help with the young kids. The late season roster moves to bring in bullpen help and speed on the base paths. It was a great season. Thanks to the Topps Now program, at least I have a lot of great cards to remember these moments. Names like Adam Duvall, Matt Joyce, Billy Hamilton...players that don't often receive baseball cards. Fun times...well until tonight that is.

So, where to now? At least for me I get to turn more of my attention to my Carolina Panthers in the NFL. The new NBA season is just around the corner too. While my Charlotte Hornets aren't expected to do much, I'm excited about some of the changes made and will follow them through out their season. On the hobby front, I've got lots and lots of junk wax boxes that are waiting to be ripped. I'll be building most if not all of these sets so stay tuned for some box break posts and other stuff.

In closing, thank you Braves for a great year of baseball. I know it didn't work out the way that any of us wanted, but we have to deal with the cards we were dealt (no pun intended) and now we turn our focus to the off season and making preparations on coming back even stronger a few months from now when spring training gets underway. 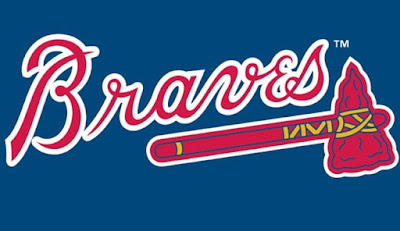