Today I present a different type of post.  It turns out a friend of mine has been doing some work for Topps, lending his incredible artistic abilities for 1 of 1 sketch cards!  I've posted a few of his Topps Museum Canvas Collection sketches on my Facebook page in the past.  I asked him if he'd be willing to sit down for an informal interview and he agreed.


1)      First of all, tell us a little about yourself.
Well, I’m an artist/Bible teacher/martial artist who grew up in Savannah, studied fine art at Reinhardt and UGA, went to seminary in Massachussets, and has lived in Charlotte since 2003. I’m also a ginger and my favorite movie of all time is Big Trouble in Little China. What did I leave out?  J 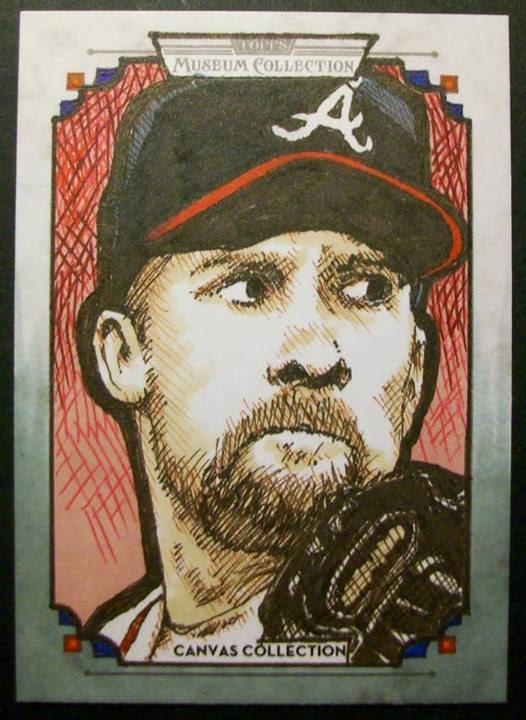 2)      What is your favorite sport?  Did you play sports growing up?  Do you have a favorite athlete?

Hands-down my favorite sport is MMA (Mixed Martial Arts)! I grew up playing basketball and doing martial arts. I wasn’t particularly great at the former, but I always did well at the latter. My favorite basketball players as a kid were Magic Johnson and Dominique Wilkins. I was also a big John Stockton fan in college. For the last seven years or so, I’ve been concentrating on Brazilian Jiujitsu, which is both a sport and a martial art and I’ve loved seeing the explosion of BJJ and MMA in American and around the world over the past decade or so. It’s hard to narrow down the fighters I’m a fan of, but I’d say my favorite MMA athletes are Renzo Gracie (whose association I train under) and Lyoto Machida for the men, and Felice Herrig and Tecia Torres for the women. Oh, and as a UGA alum I’m definitely a Bulldogs fan. Go Dawgs!! 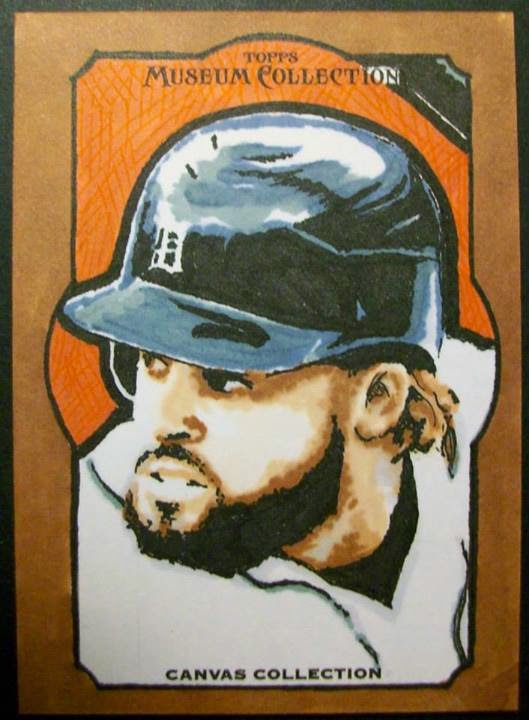 3)      How did you come about working for Topps?  Have you done anything else for them?
I’ve been doing portraits of fighters and martial artists for the past few years and ended up connecting online with other MMA artists, a couple of whom do illustration and sketch cards on a regular basis. When Topps was looking for artists for their 2013 UFC Bloodlines set, my friend Scott Cohn (a fantastic comic book artist and illustrator whose work folks should check out @ Deviant Art) suggested my work to them. The director for Topps’ UFC department got in touch with me and I ended up doing around 80 or so cards for Bloodlines. While working on those, someone in the MLB department saw my work and contacted me about doing a set for their 2014 Museum/Canvas Collection. I ended up doing about 50 for that set which was just released a few weeks ago. 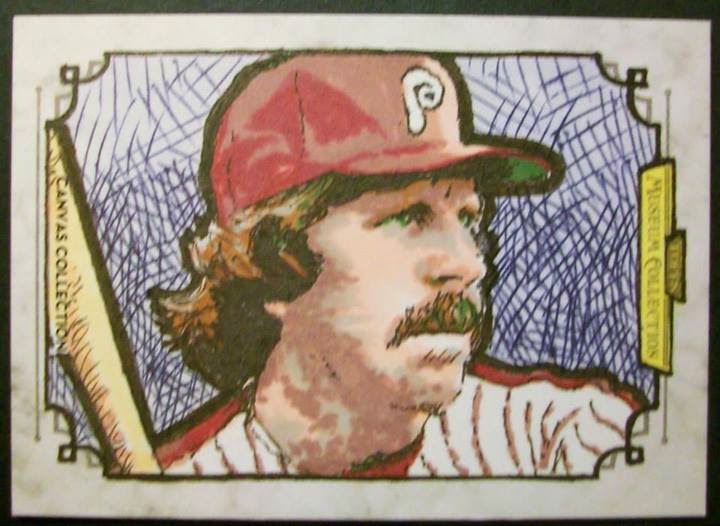 4)      From beginning to end, how long on average did it take you to complete one card?  What type of pen did you use for the sketches?
It depends on how complex the composition is really. Some I was able to do in under and hour. Some took a couple of hours to do. I used mostly Pigma Micron pens and Prismacolor art markers, as well as colored ballpoint and gel pens. 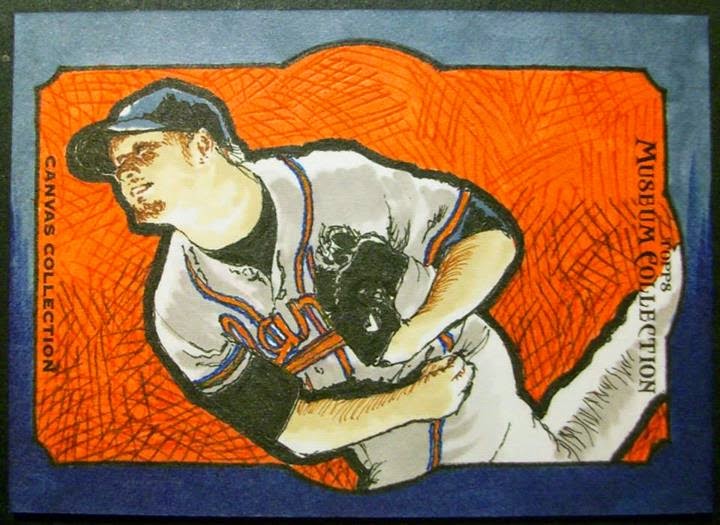 For Bloodlines, they gave me carte blanche pretty much. I could choose the reference photos from a collection they had the rights to and go from there. They asked that I try to work in the fighter’s nationality or country of origin if possible, since the set focused on the international aspect of the fighters’ backgrounds. So I used many of the color schemes of the various flags on that set.
For the MLB set, they were more restrictive. Rather than letting me choose my reference photos, they sent me ones they wanted me to work from. Honestly, I’m not a big fan of that approach because different artists’ styles lend themselves to different poses or compositions. Many “action shots” in baseball are actually pretty awkward looking when drawn at 2.5”x3.5” scale…especially if the reference photo is poor quality. So that set was much more challenging than Bloodlines (also, I have to confess I’m not very knowledgeable when it comes to baseball…at least compared to my MMA knowledge! So there were a number of players I drew who I’d never seen before. But I won’t say which ones in case they happen to read this! Haha!). 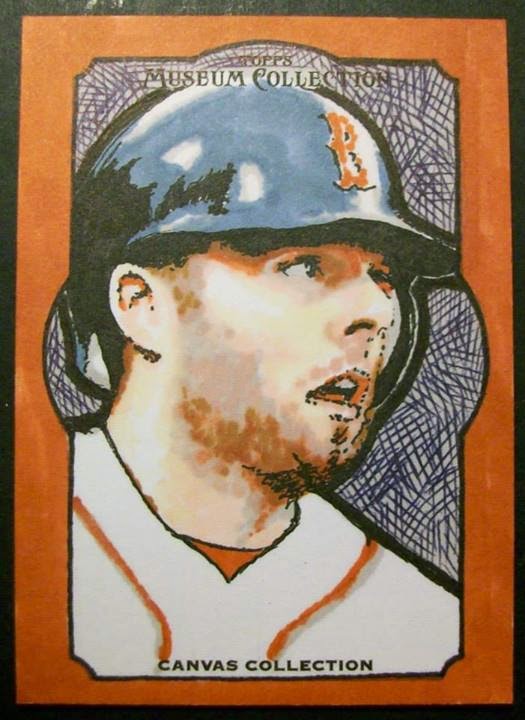 6)      Which card ended up being your favorite and why?
In the Bloodlines set I’d have to say it was my Ian McCall (aka. “Uncle Creepy”) card. 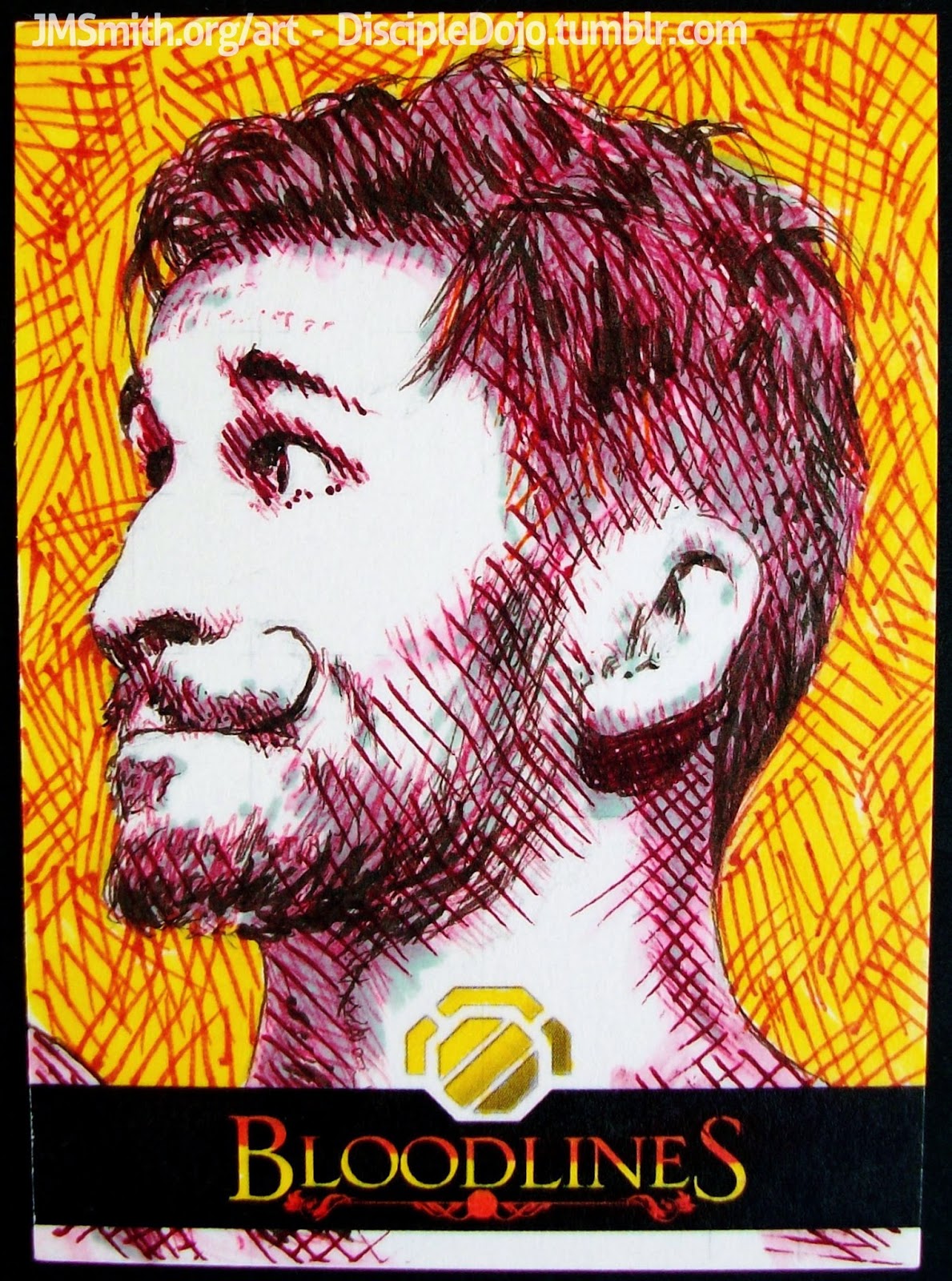 The reason being that I had Ian autograph it and we raffled it off to raise money for a friend who lost her husband after a long battle with cancer last year. We ended up raising over $700 for the family from the raffle of that card. 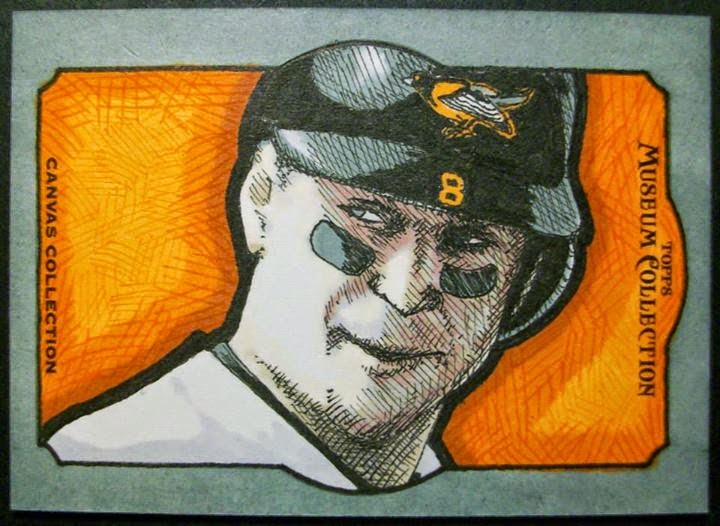 From the Museum/Canvas Collection set I’d say it was one of the Cal Ripken cards I did. My roommate of 11 years got married last week and he’s the biggest Cal Ripken fan you could ever hope to meet. So I did a few extra cards of Cal and framed a couple of them as a wedding present. 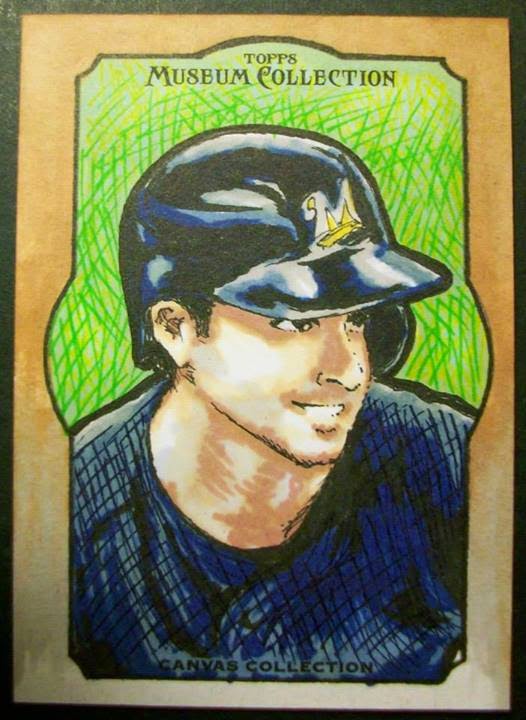 7)      What does it feel like to see your cards selling for (usually) high dollar amounts on eBay?
It’s pretty cool, I have to admit. Seeing a sketch card you did go for 3-digit figures is really gratifying, especially if you know it went to a fan of that particular athlete. 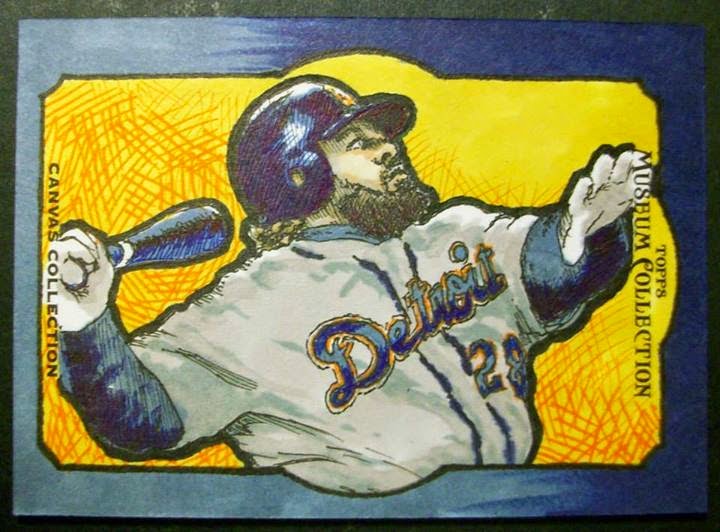 8)      Lastly, do you have any more plans to work with Topps in the near future?

I definitely want to do another set for next year’s Bloodlines series! The UFC is launching a women’s 115lb division this year and a number of the women they’ve signed (Felice Herrig, Tecia Torres, Paige Vanzant, Bec Rawlings) are fighters  whom I’ve done charity portraits of before and who have been supportive of my work. So I told Topps that I absolutely want to do sketch cards of them for this year’s set. 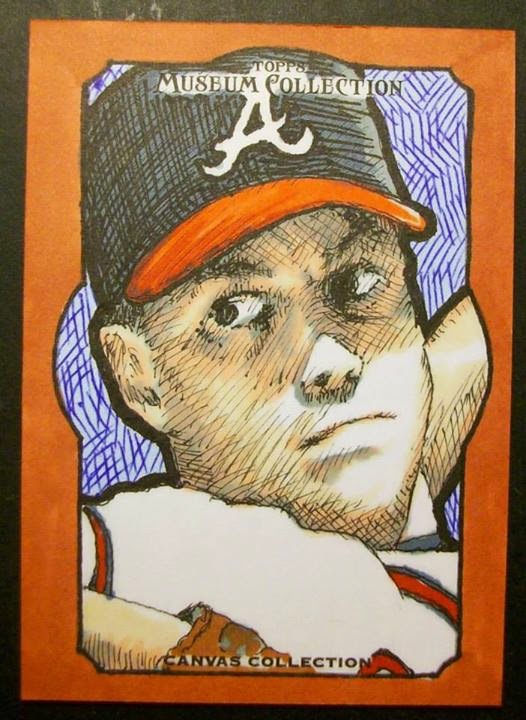 Turns out that Topps sent him a few sketch cards back as part of his compensation, and with JMS not being an avid baseball card collector he has listed these on eBay.  Here are a few available:

James-Michael Smith is not only a great artist as you can see, but he is also a great all around guy.  Oh yeah, he does commission work too so if you like the sampling of his work give him a shout and perhaps he can craft a masterpiece that will be the centerpiece of your team or player collection!

JMS can be contacted via Twitter, or to view more of his work stop by his Art of the Dojo page (quick link to his other sketch cards), Facebook and Tumblr.

A huge thanks goes out to JMS for taking the time out of his busy schedule to share with us just one of his incredible talents.

February's Affordable Group Break got a bonus in the form of two 3 card Rated Rookie Extra packs from Panini's 2014 Donruss.  By now the 3 players have been identified so there is no mystery as to who is in the packs.  However if you didn't already know here are the contents:

I'll be getting these out to the rightful owners of those teams ASAP.  Thanks again for the participation!
at 10:24 AM 1 comment:

A Trade with a Troll

A week or so ago I got an e-mail from the Collective Troll asking if he could assist me with some of the wants from my 2013 Topps Allen & Ginter want list.  The e-mail was rather long, but amusing.  Anytime someone offers to help me with cards off a want list I'm all ears...no matter the situation.

Yesterday I got a used bubble mailer (I see more and more collectors "recycling" bubble mailers) full of 2013 A&G base cards and a few inserts.  He was even nice enough to toss in a few Braves inserts for good measure.

While I didn't have time to scan anything, I did want to make it public of the Troll's generous offer.  In return he'll be getting a Desmond Jennings card that I hope he doesn't have yet (hint: it's a 2014 card) plus a few other Rays treats.  Thanks bud!
at 9:30 AM 2 comments:

Please tell me someone that I'm not the only one that has fallen behind on scanning new card acquisitions! With the exception of the 2014 Donruss Evan Gattis auto, the rest of the cards have been sitting in a stack on my desk at home waiting to be scanned for who knows how long!  The getting caught up work continues! 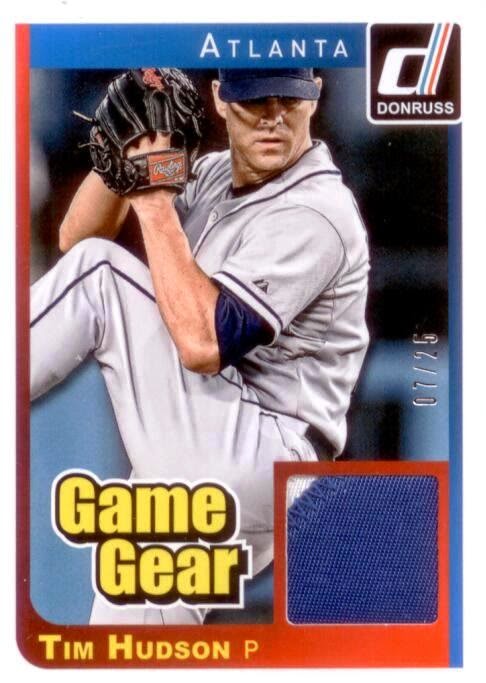 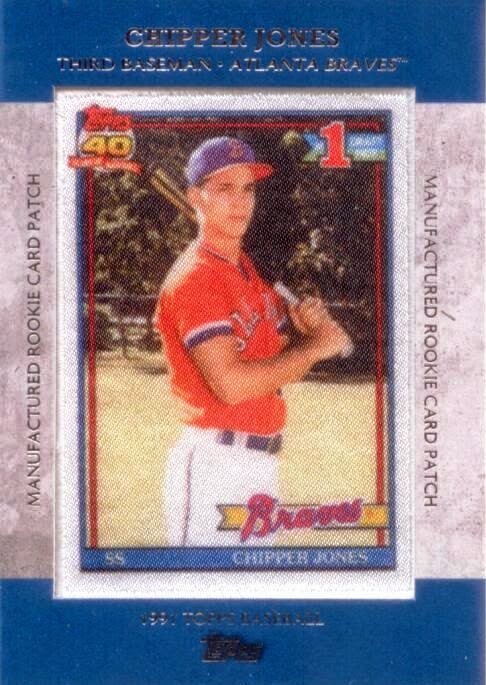 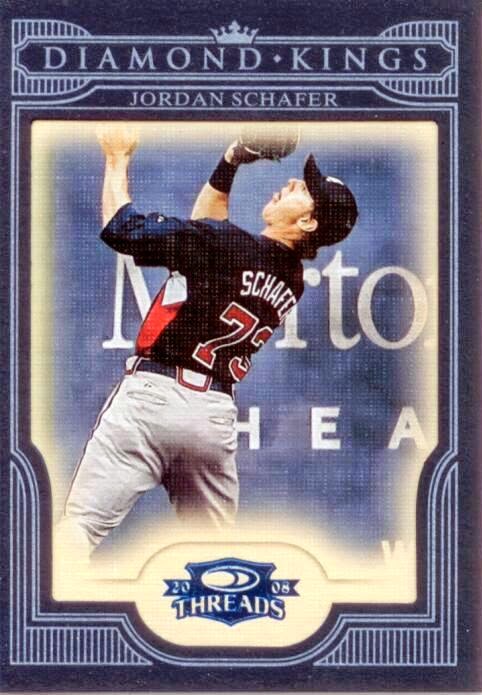 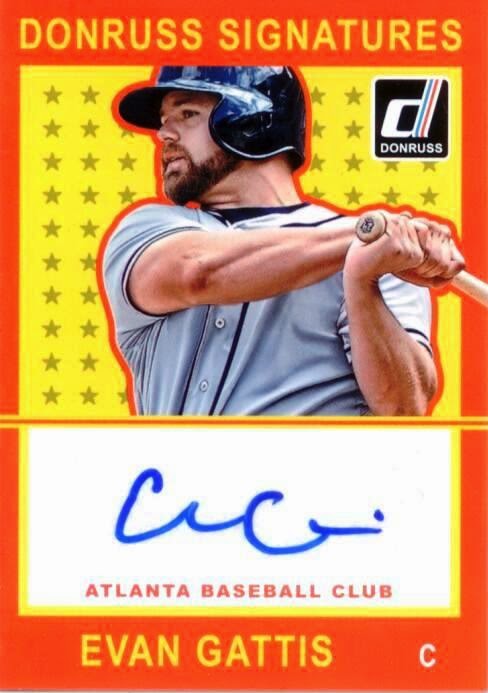 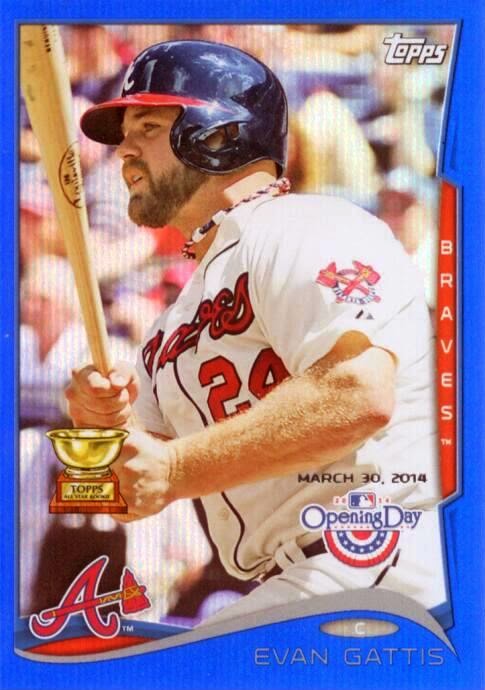 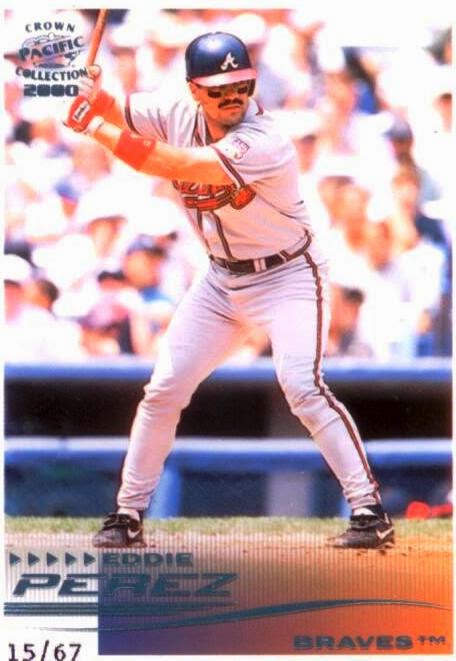 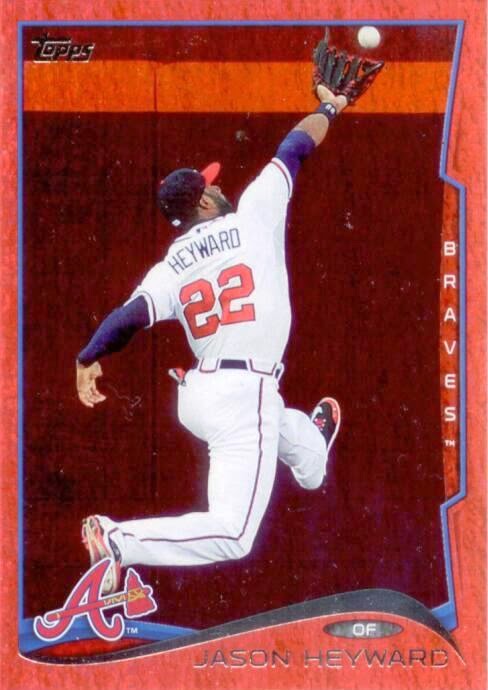 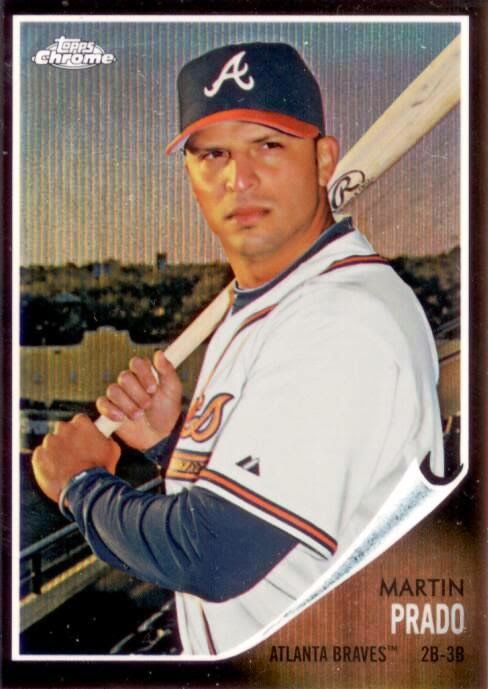 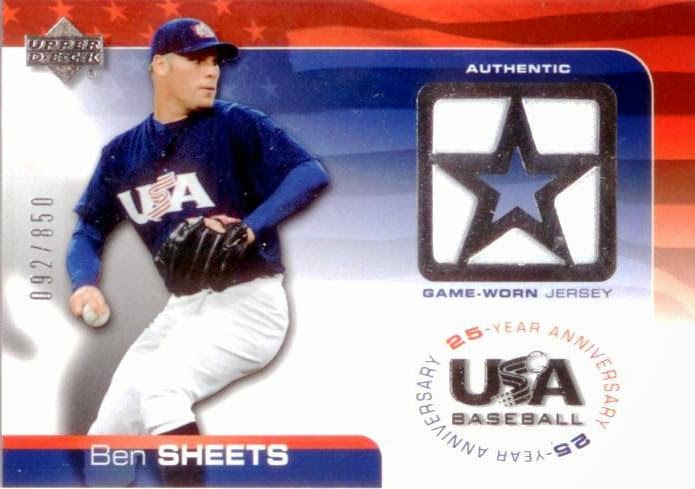 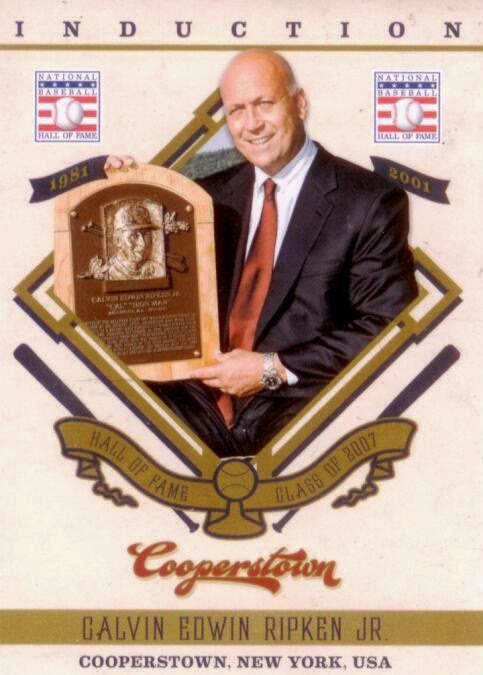 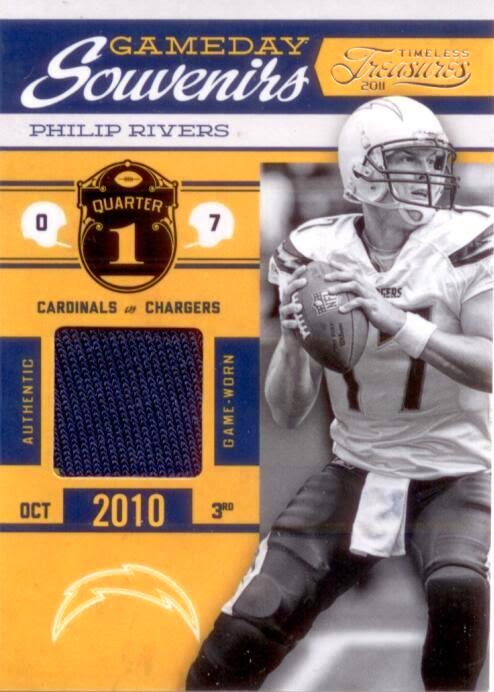 The 2013-14 will be the last season the Charlotte Bobcats take the court.  What, you didn't hear the Hornets are coming back to Charlotte?  As excited as I am, I just can't bring myself to buying packs of basketball cards in hopes I'll get one or two Hornets (or Bobcats for now) cards I want...so I just stick to buying team sets and singles.

Jeff Taylor has been great off the bench for the 'cats, but recently he's been hurt.  That hasn't stopped me from grabbing a few new autographs of his.  One of the things I love about collecting Taylor are his autos usually are cheap.  I don't think I paid more than $4 shipped for anyone of these!