As much as I love baseball, the NFL is a mighty juggernaut that just can't be stopped.  Football is quickly becoming the sport that everyone talks about year round.  I know I was excited about this year's NFL Draft and now that it's over some new 2013 football products are starting to release.  I thought about doing a box or two of Topps Archives, but then I checked out 2013 Score and the hobby only jumbo boxes are absolutely loaded!  Check it out: 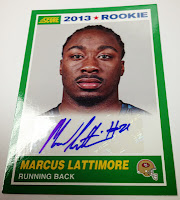 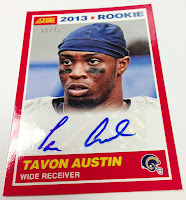 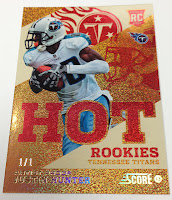 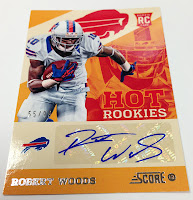 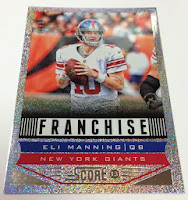 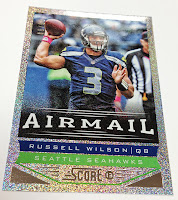 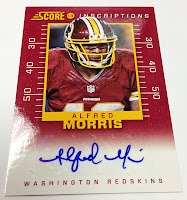 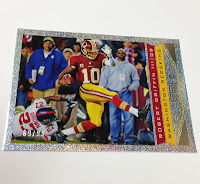 I think Panini has done an excellent job "upgrading" the Score brand from previous years.  If we act now we can bust on jumbo box using a 2 team per slot format.

16 two team slots available.  Pick one team of your choice.  Once all the slots have been filled, then the unclaimed teams will be randomly assigned to all participants.  Each two team slot will only cost you $10.00 shipped!  Pretty good, huh?  To sweeten the deal I'll send each participant extra cards of the team you choose.  There might even be some extra loose packs tossed into the break.

If you have any questions please let me know.  Of course if we don't get enough interest in this break I'll gladly refund everyone's money.